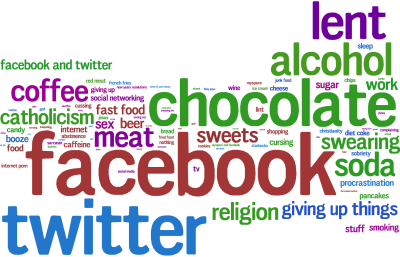 A quick piece of information – The 46 days between Ash Wednesday (13th February 2013 this year) and Easter Sunday (31st March 2013 this year) is called the Lent period during which some people decide to abstain from certain things. Common examples are abstaining from alcohol or non vegetarian food.

It’s not the first time, and it’s definitely not going to be the last time that it is only during lent that all the people decide to give treats. I quit non-veg every year for 46 days during the lent period. Invariably it is during this time that all my friends have their birthdays, all my friends decide to meet for dinner/lunch ever so often, some friend decides to come down from the U.S. or people decide to go to Goa. Now you tell me, what would a sober vegetarian do in Goa?  I don’t need to go to Goa to eat Mushroom Kadai or Aloo Gobi, I can do that for much cheaper in Shanti Sagar, New Shanti Sagar, Sukh Sagar, Sri Nidhi Sagar, or any other of the gazillion Sagar’s there are in Bangalore.

This time I took lent one step further, I’m also abstaining from Social Media, so there is no FaceBook or Twitter for me during these 46 days. Not a real tough ask, except for the fact that I have a hard time remembering anyone’s birthday. Now I know the importance of FaceBook. Well, now my typical day consists of breakfast at one of the Sagar’s, lunch at Udupi park (not very different from the Sagar’s by the way), and dinner at… Guess where? One of the Sagar’s! Surprised? Well, every year during lent I actually think about how the vegetarians survive. I mean, no offence, but aren’t there lesser options? Or is it because I have a strong dislike for Paneer, and almost everyone who I ask for good veg dishes ends up suggesting Paneer something. Or is it that I am asking Punjabi’s that I get that particular response? 😛

I still remember the first time I observed Lent. It was when I was a kid, and the whole idea of quitting non veg seemed like climbing Mt. Everest (trust me, it’s a lot tougher). Well, I went through the entire ordeal, and on Good Friday, I went to church. I am not really sure what happened there that day, or what I ate/drank. All I kno is, I was admitted to the hospital for food poisoning. 2 days in the hospital, which meant Easter Sunday I was treated to hospital food. I was discharged on Sunday and asked to avoid non veg food for another week. Are you kidding me? This was my first lent experience. The only silver lining I thought back then was “it can’t get worse than this”. Thankfully so far, it hasn’t.