← I spy with my little eye, someone looking like you !!
Job Hopping – The new IN thing → 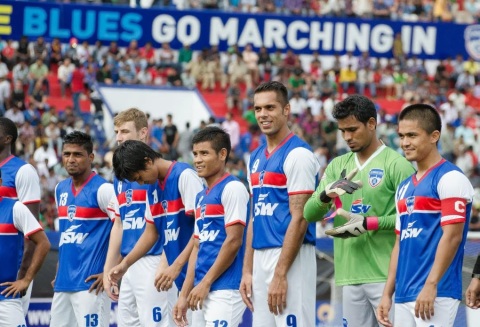 Every football fan’s dream would be to watch a live football game. This dream of mine was fulfilled a couple of weeks back when I went to watch the BFC game. Frankly, I did not know what to expect when I was on my way. I thought it would be like watching my college team play. I was so very wrong. Though the quality of the game was not like watching an EPL game, the intensity was very much there. It was just 6,900 odd people there for the first game that we went, but the atmosphere was bloody brilliant.

Everything you needed was there. A bunch of football crazy people watching the game. Chants for the home team and certain players. Boos and jeers for the visiting team. Abuses for the referee when a decision went the wrong way. Joyous celebrations when the home team scored. Yes, everything was there. The stage was set, Bengaluru FC versus Churchill Brothers. I had no idea what to expect, but the huge line at the ticket collection counter gave me hopes that the next couple of hours will truly blow my mind. Needless to say, “blow my mind” was a complete understatement.

Out of the numerous chants that one can hear in the stadium, a few of them stand out.

The fans do definitely make a big difference to the game. This was evident from the gesture made by the players at the end of their last home game. A big banner thanking the fans, was carried by the players around the field. Sunil Chhetri’s intensity was clearly visible as he got the fans going with his BFC chant. The fans, or as they would call it #12thMan #BestFansEver , have brought life and inspired the team to perform better. 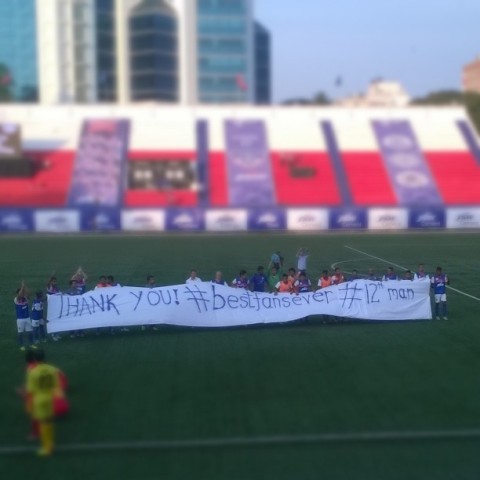 But it isn’t all about the chanting, and the atmosphere. The football is good too. Yes, we are not close to being compared to European football. But at times the stuff that happens on the field, lets you believe that football is very much on the rise in India. And with the kind of support that the BFC fans are dishing out, all one can truly say is “Namma Ooru.. Bengaluru !! Who are we?? BFC !!”

← I spy with my little eye, someone looking like you !!
Job Hopping – The new IN thing →