How To Bell The Cat ?

CAT results are out. Firstly, no I 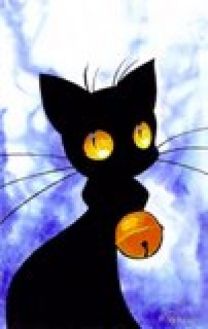 didn’t try out for CAT. Many of my friends did though. Some took it seriously, and prepared well. Some took it not so seriously, and studied (apparently) for the last week. Some didn’t give a damn, and just went and wrote the exam (I don’t get the point though). Anyhow, well congratulations to all the people I know who did well. Better luck time to those who didn’t.

1)      It is very cold in the hall, so make sure you carry a sweater or something to keep yourself warm.

2)      You have to be sitting there for quite some time before and after, so make sure you carry water, and carry biscuits also to munch in between.

I don’t know how seriously RP took what MP was saying, but he would be thanking God for calling him because of point 3.

RP hung up (not in ager) and called my office to ask us to take a print out for him of his hall ticket. Did I mention that this was little past 10 in the night? Talk about late realization. If I am not wrong, we did have a little fun at R’s expense, telling him that we didn’t have ink in our printer, and could only print in white ink. We asked him if it was ok to paint a paper black and print with white font. I am not really sure if this was the sequence of events, but I think it was. I hope it was, because this seems like a good story.

I hereby declare that the above information is true to the best of my memory. Names were (tried to be) kept anonymous to avoid embarrasments. Cheers ! !

Posted on January 12, 2012, in General Stuff. Bookmark the permalink. 3 Comments.